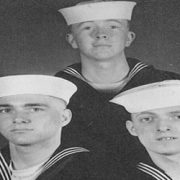 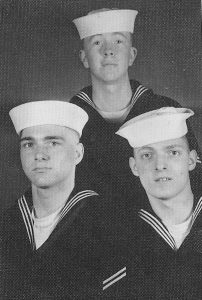 Even as a kid, I was a willful little firecracker just waiting to explode out of my boring small town and see the world. The Mediterranean Sea and Italy were calling my name, loud and clear.

There was rebellion in the air… and all of a sudden a frustrated young voice could be heard: “Nothing will stop me, Antonio, from escaping Connecticut to become a true Venetian!”

“It’s so BORING around here!” My words and actions declared to everyone that I was about to run away. I was ready to do anything to escape and my destination would be Italy, where I’d enjoy a free-spirited and bohemian lifestyle as a Venetian; where I’d search for adventures alongside the Mediterranean. Who was this little vivacious scrappy fire-cracker, anyway?

It was me, Antonio, willing to smash Connecticut’s stifling grip and see the world at just eleven years old. I got the first real chance when I ran away from home, I was in 6th grade and went as far as Pittsburg, Pennsylvania. It was over 500 miles from my home in Connecticut and I had been hitchhiking for 3 weeks when the Police caught me and sent me back to my Father’s angry fists.

My father, Carmino, aka Daddy-O punished me by throwing my entire pile of fun clothes in the open fireplace outside our home. I remember him saying that the next time this happened, he would throw me in the fire instead of my fun clothes. Now, Antonio was scorched and half baked.

When I turned 13, still scorched and half baked, I was in the 8th grade and it was time to make my second attempt. Again the escape artist fled the scene but this time the destination was New York City, the big apple!

Again, it turned into yet another full-blown failure. While I was escaping on the NYC bound train from Connecticut to Manhattan, bad timing foiled the plan. The police surged on me for the second time and again sent me back to my father’s now inflamed furious Fists of Fire. So, I cooled my jets for a while, never giving up on the dream of breaking free.

“Shave his head!” my father ordered. This was a horrifying punishment at the time as this was during the age of ‘Rock and Roll’, after all it was 1957 for God’s sakes, when young men imitated their idols: Elvis Presley, Sal Mineo, Frankie Avalon. The list was endless! All these men had a head full of hair, making it the ultimate punishment to have your head shaved, this showed who the real boss was: it was Daddy-O, still ruling the roost.

Three Strikes and You’re Out!

Well, the third attempt to escape was one that James, my best friend and partner in crime, came up with: a lightning Streak of Genius.

“Ahoy There! Anchors aweigh! Avast and Avant, my hearties! GI Joe, eat your heart out, Sheesh, why didn’t we think of this before!”

Join the Navy and See the World:
Hence, two 17-year old boys barreled into the local U.S. Navy recruiting office. Though our bags were already mentally packed there was just one issue: we were still not 18 and could not travel without a written permission from both our Mom & our Dad! No sweat. My raging alcoholic father couldn’t scratch his name on the paper fast enough. Mom assented when her “baby” threatened not to talk to her if she made me wait until I turned 18. The pressure worked! Mom signed.

However, the problem now was James; or rather, his clingy girlfriend. She snarled that if he joined the Navy, they were done, finished, kaput. Ole Jimmy knuckled under the pressure and I was now sailing solo. I walked away from senior year of high school, never looking back.

I took the oath, “JOIN the NAVY and see the WORLD”. After signing the papers, I was sworn in with about 100 other 17-year olds, all of whom were escaping something from back home. I could feel the thrill of the rumbling engines beneath my butt being on board a prop plane for the first time. I was thrilled as I flew to the Great Lakes Boot Camp in Chicago. When I arrived, my feelings were like a pop song of the time:

BAM! Right away, the wind was knocked out of my sails: “Hey sailor boy, you’re U.S. government property now, so do what you’re told or get slammed into the brig.” Whoa! This was a deal that I’d signed. No option! No way out! And the “brig” (military jail) sounded terrible! So, I put on my game face and struggled through the dregs of hell, graduating boot camp and then was sent to Norfolk, VA as a Seaman Apprentice. I earned $5.50 a day (but, don’t forget this was the 1960’s!) but had no expenses and at last I got my ticket to “Join The Navy and See the World”.

BAM again! We received an announcement that we were heading into WAR, the Bay of Pigs missile crisis in Cuba, and JFK wasn’t fiddling with Fidel or Kowtowing to Khrushchev. For thirteen renowned days, the entire world held its breath to see if we’d all sink Cuba into the sea or turn it into ashes. Life in the barracks was a stressful one, waiting for the dreaded words: “WAR IS DECLARED.”

It was 3am when the sirens screamed and the loud speakers boomed over the Norfolk Virginia Military Base, “Pack up and stand by to leave immediately! War has been declared! Get into ranks and load on busses for the U.S. NAVY Air Terminal; destination Unknown”.

“Woah! Good-bye, America”. Ten thousand of us just had a few hours to spend on the U.S. soil prior to boarding B-22 prop planes for Guantanamo Bay, Cuba.

Then ten thousand, newly recruited, U.S. NAVY boys who were freshly passed out of boot camp lined the tarmac. Every sailor’s name was called, and each would salute the Officer, receive his papers, salute again and board one of the many planes roaring off into oblivion. Then the next, then the next and the next… They were threatened, “Lose your papers, or disobey any orders, and you’ll go to the brig!” Next – next – next…

BAM once more! My name wasn’t called. What the hell? After all the others had boarded, I was left there standing alone on the Tarmac. The last of my whole division was now airborne on the last plane left out.

I stood watching in disbelief. The Lieutenant Officer was the only one who remained, lighting up a cigar and cursing under his breath. I approached him and saluted with a shaky hand. “Sir, my name wasn’t called. Where do I go? What do I do?” With no effort to obscure his irritation, he yelled back: “What’s your name, sailor?” I wanted to seem more confident than my inexperienced 17 years while saluting again. “Sir, A. Morrocco,” screaming out my serial number and rank, “U.S. Navy, Sir.” This only augmented his wrath, “No stupid. Stop! I didn’t ask WHERE you’re going. I asked what’s your NAME.” Totally worried, all I could do was say again “Sir, A. Morrocco—–” interrupted by gusts of his laughter and chaotic gasping on his cigar. As he caught his breath, he flipped the stogie and ironically added, “Oh, so you’re the one Morrocco!” before walking off to frighten his next prey.